Representing Clients in the Commonwealths of Virginia and Massachusetts

Mark Favaloro, Founder of Favaloro Law, served as lead counsel in obtaining a verdict in the amount of $1,010, 910.00 in the Hampton (Va.) Circuit Court after a 4 day trial.  The jury deliberated for just 2 hours before coming back with its verdict.

The case involved a hysterectomy for  a 48-year-old patient who  underwent a laparoscopic hysterectomy, which was  later converted to an open procedure, on October 3, 2013 performed by the defendant OB-GYN and his partner.

In the three days following surgery, plaintiff was unable to void, with suspicion of a bladder or ureteral injury. On October 6, 2013, after an inconclusive cystogram on October 5, 2013, a urologist took the plaintiff back to surgery, and discovered a 5 cm laceration in plaintiff’s bladder, as well as suture existing in the bladder.

Thereafter, plaintiff was discharged from the hospital on October 9, 2013 with a Foley catheter in place, which remained in place for approximately a 4-month period.

After the bladder repair, the plaintiff developed a vesicovaginal fistula, which was ultimately repaired by another urologist in January of 2104.

If you have been injured while receiving medical care or surgery, Favaloro Law is here to help.

Please call us for a free consultation if you have any questions in this area.

In the fall of 2014 a front seat passenger traveling on Route 24 in Laverne, Tennessee was instantly killed when a box truck literally ran over the vehicle in which he was traveling, with the wheels of the box truck fatally crushing him.  Mark Favaloro, founder of Favaloro Law, served as co counsel with Tennessee Counsel Luvell Glanton in the case.    Mr. Glanton and Mr. Favaloro also represent the family of the driver of the vehicle who also was killed as a result of this horrific accident.  That case is proceeding to trial in the absence of settlement.

The settlement of the case was the result of concerted effort to reveal to the insurance company in question  extent of the liability of the box truck driver in this case.  Attorneys Favaloro and Glanton were able to definitively show, through retained expert testimony, that the box truck never slowed down and the driver never applied his brakes.

Was the driver texting?  on his phone? looking at his phone?  Those facts are unproven at this time, but it is certainly reasonable to infer that one of those scenarios occurred.

Please share this plea with your friends and family.

If you have been hurt in an auto or trucking accident, Favaloro Law is here to help.

Please call us for a free consultation if you have any questions in this area.

On November 18, 2016 Mark Favaloro, founding attorney of Favaloro Law, assisted by Attorney Greg Sandler, obtained a Jury verdict in the amount of $652,000 rendered by a jury seated in the Norfolk Circuit Court.  The case involved a patient who had suffered a bowel perforation while undergoing a laparoscopic hysterectomy.  The jury deliberated for almost 7 hours before returning the unanimous verdict.

If you have been injured during a hospital procedure, please give us a call.  The call is free, and we will do everything we can to help you.

We are pleased to announce that on March 9, 2016, FAVALORO LAW settled a significant medical malpractice claim for $1.8 million dollars.   Notably, this claim was settled just 47 days after a demand for settlement was made, and was settled prior to filing suit.  This is one of the largest, if not the largest, pre-litigation medical malpractice settlements in the history of Virginia.

We were especially pleased that our client and her family were spared the toll of litigation in this case, and received swift justice.

Although a settlement this substantial,  and within 47 days of demand,  is exceedingly rare, this result underscores the value of representation by an experienced medical malpractice law firm that recognizes the important facts in evaluating  injury cases,  the arguments to be made in winning at trial, and techniques needed in getting to yes in settlement negotiations.

Favaloro Law is such a firm, and we would be honored to discuss your case with you.

INJURED? WE CAN HELP. 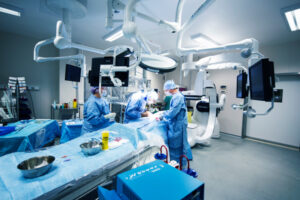 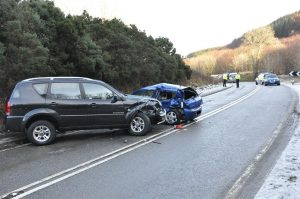 We are experienced, proven and result driven attorneys who have fought for injured people since 1982. We have designed this site to make it as people friendly and uncluttered as possible, so feel free to click around in the areas that interest you.

We are committed to the 7 “P”s,   adapted from a US Marine Corps & British Army adage:

What this means to our clients:

We are committed to immediately preparing your case as fully as possible once we are retained as your lawyers. Thirty years ago, our firm founder, Mark Favaloro, represented a young passenger who sustained a significant spine injury in an automobile accident.  Because of commitment to preparation and investigation of this case at the outset,  5 months after being hired and prior to filing a lawsuit, he was able to settle the case for $950,000.

This year, that same preparation and commitment to investigation lead to a major medical malpractice settlement in the amount of $1.8 million dollars, which  occurred 47 days after sending written demand to the health care provider.

We believe that this settlement is the largest pre-litigation medical malpractice settlement in the history of Virginia.

These 2 cases are good illustrative examples of why sending demands for settlement as soon as practically possible, as opposed to simply waiting to file a lawsuit, and then waiting for a trial, is in our opinion, the better way to go in serving our clients.

Why do we commit to do this as soon as we get the case?

Caveat:  The pre lawsuit $1.8 million dollar medical malpractice settlement, and the pre lawsuit $950,000 automobile accident settlement described herein are the exception, rather than the rule.  There is no guarantee that an insurer will settle before filing suit, or before trying the case. In fact, we prepare each case with the expectation that we will be trying this case before a jury, and are ready to try  the best case possible should that day arrive. We believe, however,  that our reputations as trial lawyers may  encourage the insureds we deal with to settle cases, rather than test us at trial.

You never know though, unless you try. For that reason, it is our practice to send detailed demand letters on virtually all of our medical malpractice and personal  injury cases.  We will review with you the details of your case, and whether a pre litigation demand is appropriate,  should you retain our firm.

If you are injured, we really would like the opportunity to discuss your case with you.  All members of our firm have decades of experience, having handled hundreds of  medical malpractice cases, automobile accident cases and all aspects of personal injury law.   We hope to hear from you soon,  be it by phone (757.390.4370)  text (757.708.5720) or email ([email protected])

BREAKING NEWS!  We are pleased to announce that Mark J. Favaloro, founding attorney of the the firm, has been listed as a 2016 Virginia SuperLawyer, recognized in the fields of Medical Malpractice and Personal Injury Law.  See video below for more information about this honor.

Please fill out the form below and one of our attorneys will contact you.