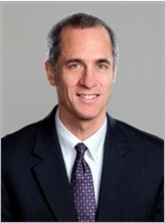 For the past 38 years, Mark has been trying cases in the trial courts of the Commonwealths of Virginia and Massachusetts, as well as the United States District Courts and Courts of Appeal in the First and Fourth Circuits.  FAVALORO LAW  had its roots in Massachusetts, being formed  in 1992 and serving clients until Mark, his wife and 5 children moved to Virginia Beach in 2007.  In Virginia, Mark practiced with a medical malpractice defense firm, followed by practicing at a plaintiffs’ medical malpractice and personal injury law firm before reestablishing FAVALORO LAW, with its principal offices in Virginia Beach, and a satellite office in Reading, Massachusetts.

For the past 17 years, in addition to his practice, Mark has served as a lecturer on issues of law to practicing attorneys, as well at to physicians and healthcare providers on issues relating to medical malpractice claims.  From the outset of his practice, Mark has focused on helping injured plaintiffs, and those who have been neglected, and have suffered because of it.

Throughout Mark’s legal career, community service has always been a priority , through community and church service in the Town of Reading, Massachusetts, where he lived with his wife Robbin and their five children, and running his law office in the adjoining Town of North Reading.

Upon moving with his family to Virginia Beach in 2007, Mark continued such service, presently serving on ministry teams at Grace Bible Church in Virginia Beach, and serving as Chairman of the ministry team of Capernaum, a division of Young Life. Capernaum ministers to the needs of physically and mentally challenged kids in Middle School and High School. This philosophy of community service, and seeing the consequences of injuries and setbacks, has led to a commitment and tenacity when fighting for the rights of his clients.

Mark also is a member of TEAMHOYTVB, a running team consisting of runners and wheelchair athletes joining together to compete in road races, half marathons and marathons.